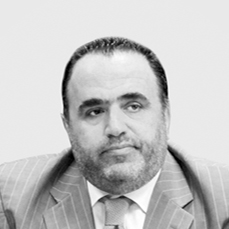 Major Police General Emmanouil Sfakianakis was working with the Hellenic Police for 34 years. During the last 23 years was specialized in the investigation of cybercrimes. He was the founder of the Cyber Crime Unit in Hellenic Police. He studied Computer Analysis and Programming. He was trained in London on Plastic Crime, and at the FBI on crimes involving Cyber Terrorism.During his career, he handled 28.000 cases involving cyber-crime, while 10.000 of them were of major significance.

Since 2001 he has participated as main instructor in 875 National and International conferences, hosted by INTERPOL, EUROPOL, Educational Institutes and major International Organizations.
He is the Head and Founder of the CSI Institute, with main purpose to create a national network of branches, engaged to inform and educate children and adults regarding the safe use of Internet, but also to boost entrepreneurship.

Until 2016, Mr. Sfakianakis received 90 titles of honor from public and private organizations.

He has been honored by

He inspired CYBERKID app for which he has been awarded from the Mobility Forum & Apps Awards 2015 with the Golden Award.