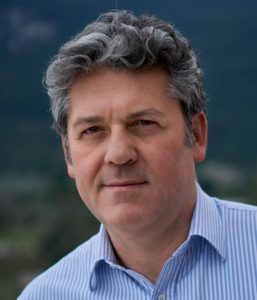 Yorgos is a Partner at Metavallon VC, a venture capital fund investing in very early stage technology startups in Greece and Europe. He was previously COO of Plegma Labs in the Energy Analytics space. His investing experience includes time as Investment Director at Attica Ventures, a €30m Series A venture fund set up with investment from the TA.NE.O. fund-of-funds and Attica Bank, where he covered the IT, Telecom, Microelectronics, Automation & Robotics, eCommerce, Logistics, and Medical technology sectors. Yorgos was also COO of Intralot Asia-Pacific, a leading global provider of lottery systems and services, overseeing operations and conducting business development in Taiwan, Hong Kong, China, the Philippines and Malaysia.

He spent the earlier parts of his career in technology and strategy consulting. At Accenture’s European Technology Park in Sophia Antipolis, France, he worked on hands-on technology projects mostly with large banking and telecom clients, as well as startups, across Europe. He also was a strategy consultant at Booz Allen Hamilton’s Munich office.
Yorgos has a degree in Electrical Engineering & Computer Engineering from the National Technical University of Athens and an MBA from INSEAD.